Welcome to the digital home of the FDNY Foundation, the official non-profit organization of the FDNY. Check out our Home page and learn more about our mission and how your donation helps us save lives every single day. Browse our Shop and find official FDNY merchandise and one-of-a-kind collectibles. With the help of the Department and our partners, educate yourself and your loved ones through our Smart initiative by watching videos, playing games and staying up to date with our safety blog. Through our podcast, magazines and other tools, engage with FDNY members on our Pro page, which offers ways for first responders and Departments to Train With New York's Bravest.

A Local School Gets Honored

Teaching Friends to be #FDNYSmart!

A Local School Gets Honored 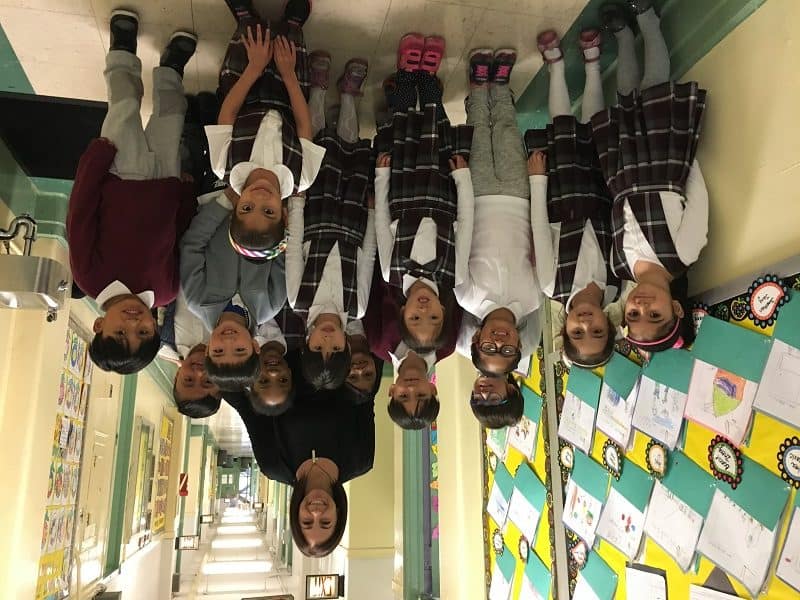 Congratulations to the Caesar Rodney School, PS 164 in Borough Park for being the recipient of the William M. Feehan Fire Safety Award.  The award is given annually to a New York City School that demonstrates ongoing commitment to fire safety education.   Because of the school’s goal to prioritize fire and life safety within the school curriculum and beyond, more knowledge will be shared and more lives will be saved.

It all started when the community was hit hard in October 2015 when a fatal gas explosion nearby killed two people and injured others.

Several months later, a bagel store across the street from the school was destroyed in a fire.  It happened during school hours and frightened the students.

“The kids were terrified”, said Principal Erica Steinberg, “They didn’t know how to handle it and started asking questions about what they should be doing.”

That’s when the school’s Parent Coordinator, Solange Cisneros-Steinert, took action.   She and Principal Steinberg knew they wanted to incorporate fire safety into the core curriculum; in order to do that, they connected with the FDNY’s Fire Safety Education Team and began what would become a flourishing partnership.

Cisneros-Steinert worked with the Fire Safety Education Team to put on workshops for parents and students.  The team also came out to the school’s Parent Teacher Conferences, reaching more than 600 people. Traditional classroom presentations also reached more than 300 students from Pre-K to fifth grade.

“Children learn visually,” said Cisneros-Steinert.  “So when the team came out and gave a workshop to my students, it really reached their level.   I also learned what I was doing wrong as an adult.  It’s educational for all ages. “

Fire safety education is essential to the overall mission of eliminating residential fire deaths in New York City.  Fire deaths have been dropping steadily for the past decades; studies have shown there is a direct link to strong public education programs.    Partnerships with schools like PS 164 are vital to the success of the Fire Safety Education program.

School leaders say the school hopes to continue these workshops in the future.   To learn more about our Fire Safety Education Programs click here.